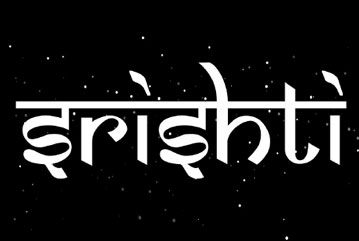 As an extension of the belief of SBA that music is an essential part of education, SRISHTI was conceptualised and developed as a unique activity which marked an important milestone for the Department of Performing arts, as well as for the school. Srishti provided a platform for collaboration with western musicians from Germany and Holland, thereby opening avenues for students to interact and perform with musicians from a different culture and contextual background.

The concept for Srishti was initially put forth in early December 2015 by Dr K.K. Mishra, Head of the Department of Performing Arts. The proposal was supported and encouraged by the Principal, Mr Santanu Das, and the senior management of the school.

It was decided that there would be two public concerts each in Germany and Holland. The students went through rigorous practice sessions which also included workshops on experimental music. These workshops were particularly enriching and enhanced the understanding of music production and composition of the students.

Public performances of the compositions were held on the 8th of October at the Kunst Museum in Bochum and on the 9th at Weststad Halle in Essen, Germany. The performances mesmerised the audience as many of them were listening to Indian music instruments for the first time. After casting a spell on the German audiences, the team went to Holland to further spread the magic of Indian melody.

The school has plans to take up further projects with the motive of presenting Indian music and culture among world audiences and also to learn about different forms of music that prevail in various countries.