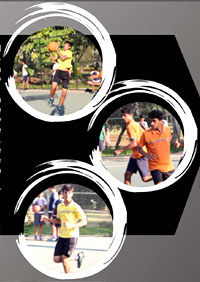 The interhouse basketball competition lasted for five days from the 18th to the 23rd of January, 2016.

The tournament witnessed a lot of close contests with each team jumping and leaping to score baskets. It was a closely fought competition wherein each house put in their best foot forward. Lay-ups were met with intense blocks as the players sweated it out in the courts.

The final outcomes were Aditya House in first place, Vivasvan House in second and Martand House coming in third.