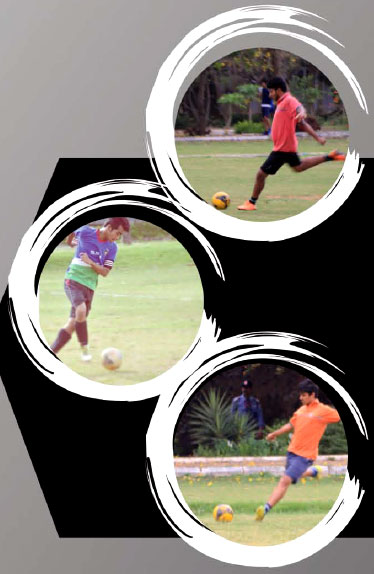 The Interhouse Soccer tournament was held from the 27 of June to the 2nd of July, 2016. It has always been a very popular sport amongst the students. The participants had prepared and trained thoroughly for the event.

The players gave their best and put in all that they had to try and win the match for their houses. As the tournament progressed, the participants had to perform better as the stakes had increased. There were some matches with nail-biting finishes and some, where the spectators felt the teams got lucky and some, where there was only one team dominating throughout the entire game.

The event was carried out in three separate categories and the aggregate was taken to adjudge the overall winner and individual awards were given to players who excelled in their categories. Overall, Vivasvan House stood first followed by Bhaskar House and falling behind were Aditya House and Martand House respectively.