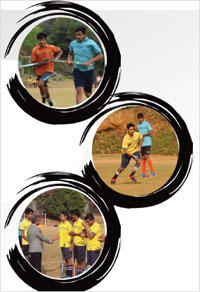 The Inter house Hockey competition was held from 28th of November to 4th of December, 2016. Powerful hits, sky-high scoops, flicks, and penalty comers were cheered lustily by the spectators. The best part about this tournament was the remarkable spirit with which the boys cheered for the players. Some matches ended in nail-biting finishes with the result being decided in the final minute.

Overall, the Hockey Cup was bagged by Bhaskar House, followed by Vivasvan House as 2nd, Aditya House 3rd and Martand House as 4th.